I got a lot out of the book: Anxiety Attacked by John MacArthur, it's about learning to kill anxiety in your life, it really helped me.

owlcity10 wrote:I got a lot out of the book: Anxiety Attacked by John MacArthur, it's about learning to kill anxiety in your life, it really helped me.

I'll check this one out.

I recommend: Not a Fan by Kyle Idleman - very challenging book that helped me make a lot of changes in my life.
Top

Those comics in the bubblegum are always nice.
"Hadouken"
-Ryu from Street Fighter

I'm well into the Hunger Games series, recommend y'all read it.

Right amount of drama + plenty of action = a burger of a story.

The Foundation Trilogy by Asimov is a great sci-fi read, one of the best.
I'd recommend Dune, but I haven't really finished it...
Larry Niven is also a fantastic hard sci-fi author, and I've enjoyed both his ringworld novels, along with his short stories, N-space or otherwise.
Any story by Ray Bradbury, for that matter. He has some really good short stories.
Lord of the Rings is must-read fantasy.
R.A. Salvatore's Forgotten Realms/Drizzt series are just fantastic page-turners.
Oscar Wilde's The Picture of Dorian Gray is an absolutely amazing read and an incredible look into human nature. I've had to put the book down and catch my breath at times.
Pew Pew Pew. Science.

jester747 wrote:Those comics in the bubblegum are always nice.

way better than the newsprint versions.

My over all favorite book is the Bible. Here are some of my other favorites.

The Chronicles of Narnia
Where the Red Fern Grows
The Hatchet
3 Do nothing from selfish ambition or conceit, but in humility count others more significant than yourselves. 4 Let each of you look not only to his own interests, but also to the interests of others.

The Books I recomend to any that read this are
The Hunger Games (1,2 are the best in my oppinion)
The Hobbit
Narnia Chronicals
The Eragon Books
In the Hall of the Dragon King
Deltora Quest
Spoiler: 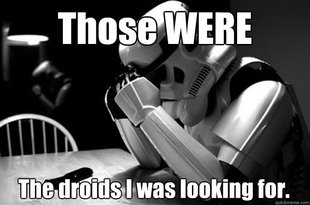 This is why we're BFFS. Just saying. I've read about 12 to 15 different Drizzt books. So epic! The D&D lore is amazing and the actions is so cool!


Onestoryfallen wrote:Crazy Love by Franchis Chan is a reall good book ^-^ helped me out a lot in opening my eyes to a few things I was doing wrong in my walk

I got to see Francis Chan at Passion 12 this year. It was epic. I was there for my work and because of that I was put there with the leader's group. There they had a small (like 1000 people lol) intimate time with a few speakers. I got front row each time too, pretty cool.

Books I would recommend:

Warhammer 40k-
Spacewolf Omnibus by William King-basically VIKING SPACE MARINES! So much action it makes your head explode into tiny pieces.
Spacewold the Second Omnibus-By William King and Lee Lightener-EPICSAUCE! Love it!
The Founding by Dan Abnet-Awesome book about a band of imperial guard, the Tanith First and Only. If you are into the lore around WH40K then this book is a MUST read.
Eisenhorn by Dan Abnet-Great book about an Imperial Inquisitor named Eisenhorn. After the first book, however, it got too weird for my taste so I stopped reading it.

The Dark Elf Series R.A. Salvatore.
Everything form this series is epic, the best of which is Icewind Dale and the Dark Elf Trilogy.

The Bible
My favorite book is the 1st and 2nd book of Samuel, 1st and 2nd Kings, Psalms, Proverbs, and Romans. It all has such amazing wisdom and awesome stories and life changing truth. These books happen to stand out to me a little more.
Jeremiah 20:9-But if I say, "I will not mention him or speak any more in his name," his word is in my heart like a fire, a fire shut up in my bones. I am weary of holding it in; indeed, I cannot.
Top

I have read this really great book called Basher 5-2. It's about this army guy and he gets hit by a missile over in Iraq (I think it was Iraq) and he crashes into enemy territory. He has to survive in enemy territory without getting caught for about a week I think. He's a Christian so he would pray that God would give him the things that he needed to survive.
Last edited by Emwok on Thu Jul 19, 2012 1:56 am, edited 1 time in total.
Spoiler:

"The Inheritance cycle" by Christopher Paolini, and "The Shadow Children series" by Margaret Peterson Haddix.
I tried being normal once. Worst five minutes of my life.
Top

I read a lot and over the years read some good books/series. A good series is the raingers apprentuse and is full of action and mysterey. A writer I like is Matthew Reilly but I DO NOT RECOMEND IT FOR THE YOUNGER READER. He has written a few books like Icestation and 7 Ancient Wonders. They do though though have a fairly large amount of gor and swearing aswell as a pinch if the lords name in vain saddly. But other than that he writes good books.
Top