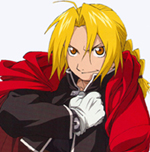 Hello I hope nobody minds me starting a new topic. Anyways Here a little short story I wrote. If anyone sees this read it and tell me what you think and maybe reply with one of your own short stories. If you guys/gals like what I wrote, I have a figment account where i have written a few more stories and poems. I wrote this awhile ago but here, hope you enjoy.

The Last Stone Giant
By Me

Once upon a time there was a stone giant that stood next to a castle. It was an old statue that had been there as long as anyone can remember. Legend has it that there used to be giants everywhere and that the king gave anyone who could destroy a giant a piece of land and fifty bags of gold. One day a giant came to the castle and attacked it and wouldn’t stop until the king gave him something to eat. One day a brave knight came to stop the giant. He started fighting it, but quickly started to lose. Right before the giant finished him off he threw a small dagger that hit the giant in the left shoulder and turned him to stone. The knight was victorious though he was badly wounded. A few days later the knight died and was buried inside the castle. Nobody believed that story anymore until a few days ago.

There was a terrible thunder storm that night. Lightning was shooting everywhere trees were falling to the ground I was amazed that everyone was asleep everyone except for me and a young boy. I was in my room of course, but I looked out my window, the one facing towards the town square, there was a small light on, a candle light. A young boy was reading an extraordinarily large book.

“Ugh, too much noise, I'll never be able to fall asleep. Hmm maybe that spell book will have a potion or something to help me fall asleep,” The young boy said to himself.

He lit a candle and walked over to bookshelf and pulled out a very large book. He then set it on a desk by a window, sat down and opened it up.

“Darn,” he said, “No index” He then started flipping through the pages.

“How to make gold, interesting, but no. How to make an antidote, that could be useful, Ill put a bookmark there. How to kill a giant, slice off it's head, example A, EEWWWW! Gross! Or kill it the easy way and stick a torch on it's foot, example B, I think I'll skip looking at example B. Ah here we go, sleeping potions, four hours, six hours, eight hours, or forever. Not forever, that could be nice but no, I'll try six”

The boy got ingredients and made himself a potion. “I should probably test it on something first but, I don't feel like waiting” he said, and drank the potion walked over to bed and fell asleep.

A few minutes after the boy fell asleep, there was a huge flash of lightning that hit the stone giant, right where the knife was. The knife broke and fell to the ground, the giant stretched and came back to life. I was laying down in my bed at this point almost asleep when I heard huge roar. I got up and looked out my window. I saw the giant standing in the river, it then ripped a tree right out of the ground and smashed the bridge to splinters. Then it walked over to the castle gate and sat in front down right in front of it and went to sleep. I then, terrified out of my wits fainted and fell to the floor.

The next morning I woke up and soldiers were armed and standing at attention in the town square, meanwhile the king was out negotiating with the giant. The king clearly frustrated walked back into the castle and started pacing. I decided, because I was his adviser, should go try to help him as much as I didn’t want to. So I got dressed and went down to help him.

“Your highness,” I said as I walked up to him.

The king looked at me and said, “Tell me Deranak, why, why is there a giant outside of my castle, because apparently the night watch doesn’t know.”

“I don't know why the night watch doesn't know maybe because there was a huge thunderstorm last night. Something happened during the thunderstorm, I think the stone giant may have been struck by lightning and came back to life somehow,” I replied.

“What should I do if I give him food we will run out eventually and we will get attacked, or I could send men out to try and kill him but I doubt any of them would win. We can't send for help either because the bridge has been destroyed. What should I do?”

“Actually the giant destroyed – never mind. I suggest, that you send out your best knight and have him fight the giant.

“Very well,” The king said and turned to a soldier “Send for Mathew”

The soldier nodded and ran off. Meanwhile the rest of the soldiers lined up on the wall watching the giant. The king walked out to the giant. They stood there staring at each other then the giant spoke,

“Have you made a decision yet?” The giant asked.

The king replied “Yes I have, we are resisting. My best knight will come out here at three hours past noon to fight you.”

The giant sat there and thought for a moment and said, “That gives you 4 hours. I will wait and when I defeat your knight I will attack you, your soldiers and your castle until it is all destroyed, except for the sheep and cows, because I'll be hungry, very hungry. In the meantime I shall go get some rest, yes rest, rest is good. Nahh, I'll go find something to eat. I shall return and meet your knight at, at... three past noon. Good-day.” And the giant wandered off.

The soldier came running back with Mathew

“Mathew,” the king said “You must fight the giant, for if you don't we all will die. But if you feel that this is all too much I can always have another knight fight him.”

“Yes your majesty, I will fight the giant!” Mathew shouted.

The crowd started cheering “Mathew! Mathew!” they all shouted.

As they all started walking off the king whispered to me “We are throwing him a feast cause this is probably going to be his last, or at least the last one he can enjoy.”

After the feast the king was helping Mathew get his armor on.

“Now remember Mathew, focus on the fight and careful we don't know what weapon he'll be using but it will probably be a club. And don't forget your extra dagger, those always come in handy.”

“Yes Sir. But do I really have to use the bow I'm not to good with it, I mean, after all it's not a Knights weapon.”

“Yes, you must use the bow. It gives you an advantage, you don't have to get as close to him so you will be less likely to get injured, until you run out of arrows.”

All of a sudden the giant leaped over the river and slammed a tree down on the ground. The force shook the ground causing Mathew to fall but he quickly got up and shot three arrows at him. Two of them missed and one of them hit his finger. The giant looked at his finger pulled the arrow out and used it as a toothpick then broke it and tossed it to the ground. After that he swung his tree at Mathew, but Mathew dodged, and chopped of a couple of branches of the tree, but the giant quickly swung again and hit Mathew to the ground.

Then Mathew got up and swung his sword at the giants foot but got hit with the tree and rolled all the way to the gate and layed. Then a physician came out and started to treat him then the giant yelled,

In a small cottage in the castle the young boy woke up and heard yelling. He got dressed and went outside.

“Wow, my potion must have kept me asleep twice as long. O well. What is going on? Why is everyone on the battlements?” He said to himself

Then he saw Sir Mathew laying on the ground and a giant outside the castle yelling. Then he ran up to Mathew and looked at the giant. He ran back to his house and grabbed a torch and lit it then ran out of the castle to the giant.

The giant laughed at the young boy running out to him then said, “What are you going to do cook me dinner?”

“Nope, is that all you think about food?”

“Well what else am I going to think about?”

“I have no clue. Catch!” Said the boy and he tossed the torch.

The giant caught it screamed and dropped it on his foot. Then he caught fire and burned and turned to ashes in seconds. The entire castle was speechless. Then they shouted and cheered for the boy. The king walked up to him and asked,

“Well not anymore from now on you shall be known as Sir Liam! Let’s have a feast, for Sir Liam and for Sir Mathew, as soon as Sir Mathew is better.”

Sir Mathew is now better and we have had the feast. The legend is now believed by all in the castle, and the land surrounding. All is well, now that the last giant has been slayed. I hope you believe this story too because I believe that it's true.

I hope you guys liked it if you want to read more just message me and ill send you a link to my figment account.
Top

Spoiler:
My Enchantment
By Kittycathead

I was born with a special enchantment, and I’m going to tell you all about it. Okay, here goes.
Before I was born, Mom and Dad were given free orange juice (it wasn’t real). What they didn’t know (dun dun duuun) was that it was a potion.

When this happened, I had been in my mother’s tummy for three months. Mom said:
“This juice tastes better than usual.” They asked for more. The man gave them a whole crate. Once they had drank almost half the crate, they realized the juice they were given was actually a potion.

But it was too late. They had already drank half the crate. I was already getting enchanted. Five years later, I discovered I was enchanted. That’s when I met my friend Emma.

Emma was (and is) a really good friend. She helps me out with EVERYTHING! (No, seriously!) She really does! But still, four and a half years later…

Users browsing this forum: No registered users and 1 guest